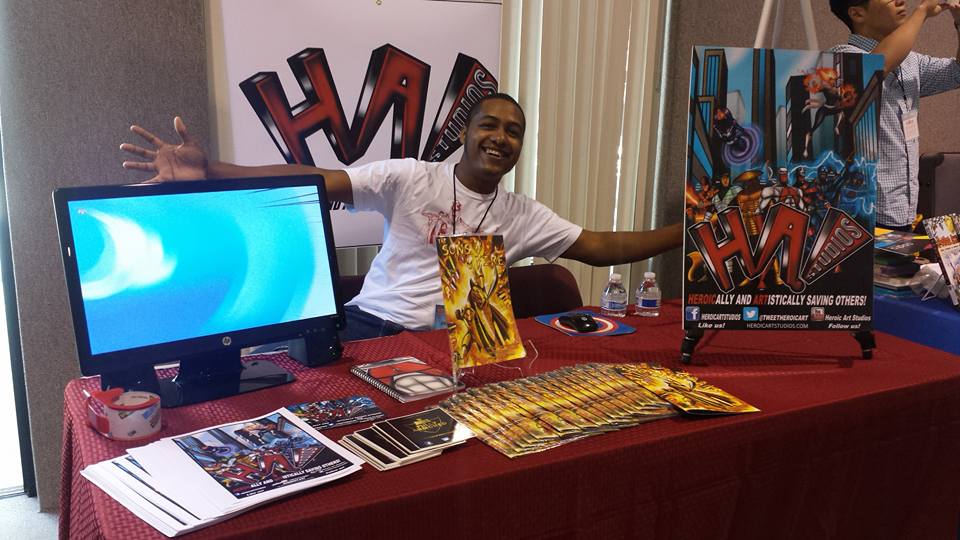 Promo Tuesdays is where we highlight our brothers and sisters who are moving through ministry and small business while spreading the gospel as the Lord leads. Please support them by checking out their website and social media.

My friend Jeffery has been pursuing arts since he can remember, but his passion turned into a ministry the day he created Heroic Art Studios. There has already been so much progress since the company started in October of 2014. Through comic books and animation, he’s found himself among some of the greats of the industry at comic conventions, and has also debuted a preview of the animation he’s been working on. It’s amazing to see someone respond to God’s call, and then witness everything falling into place to turn their dreams into a reality.

Here’s a little about him in his own words:

“Heroic Art Studios is a production company that produces (as of right now) comics and motion comic/cartoon series featuring all original characters. “Heroically saved myself so that I may artistically save others!” what does that mean you may ask? well about several years back, I was suppose to graduate with my fellow classmates….but I didn’t make it…I was depressed and lost my sense of direction….but a few years later I graduated, I got stirred up Spiritually and turned myself completely around! GOD is the one who really saved me, but I had to be the one to make the decision to go after my calling. He gave me multiple visions, goals, and dreams to follow to help “HEROICally” and “ARTistically” save others!”